Video games have taught my daughter a lot of important lessons

Despite all of the bad press in the past, video games have continued to evolve into a medium that engages us on a deeper and more personal level than books, music, or movies ever have.

This has become even more apparent to me as I have slowly introduced my 4-year-old daughter to them. Below are a couple of games that I feel have had unique and interesting benefits for her.

Simple controls, slow enemies, catchy music. The original Super Mario turned out to be the perfect laboratory for my kid to learn trial and error. After watching us play she dove right in…and immediately died. She then tried again and again, each time experimenting with new ideas that might help her get a little further. 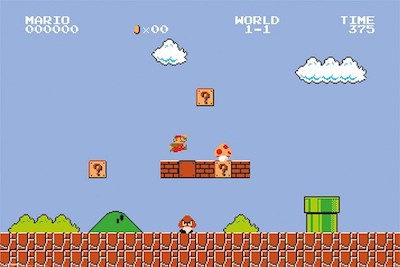 At times it was frustrating for her and she didn’t want to play again. But inevitably days later she would ask to play and continued to test her metal. It took several weeks, but eventually she made it to 1-4 and beat the first bowser on the bridge. She was so proud of herself…but did not want to play that level ever again. (We showed her how to find the warp tunnels, which added several more weeks to her play time)

Who knew a bunch of colored squares and rectangles had deep personalities?

Between the narrator telling his story and us discussing how to solve each puzzle, she quickly memorized the names of all the “characters”. They never speak or do anything but move around, yet weeks later after not playing for a while she knew all of their names (whereas I had forgotten). 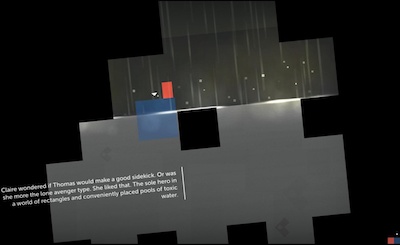 It might not seem like much, but I could see her learning how to empathize with characters in a story. They didn’t have smiling faces or look like her. They just had small comments made about them by the narrator. But that was enough for her to care about who they were and where they were going.

Often games can make you impatient and motivate you to get through as quick as possible. This is especially true for single player games where the only thing holding you back is yourself. It’s even MORE true for an impatient 4-year-old.

But in this game, you are tethered to your teammate. They can’t get too far ahead or behind before you run out of yarn. Most of the puzzles require one person to stand on a specific spot and wait as the other person solves a piece of the puzzle. There is also a lot of swinging and climbing where one player has to spot the other to make sure they get through safely. 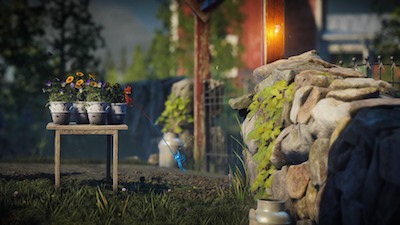 I know a lot of patience was learned in this game…by me.

Teamwork was the biggest thing she learned here. She couldn’t just think about herself or what she was doing, but also had to think about me, and eventually “we”. This really slowed the game down for us as we would both be jumping around the screen testing different things and discussing how we would get over the obstacle together.

There was no rushing it. Either we solved the puzzle together or not at all.

It was such a hit that my daughter ended up playing the entire game a 2nd time, this time with my wife. 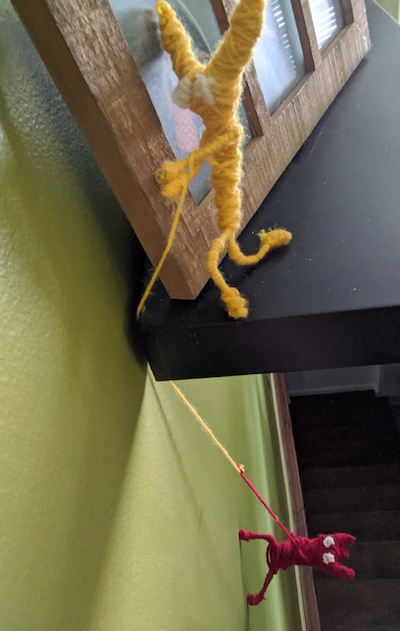 You know a game has left an impression when my wife decides to make our own yarnies! (yarnys? yarni?)

Switching back to some retro gaming on the N64, we picked up an interactive storybook.

Like many good RPGs, Paper Mario has a deeper story and world with lots of characters on their own side quests. Between the art style and the text bubbles, this was very much story time for us as a family. 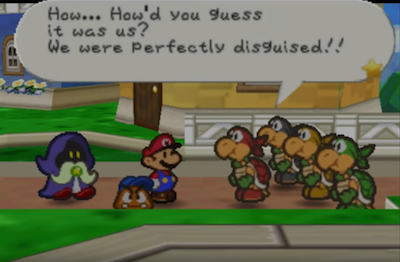 Yes, there was fighting in the game, but very cartoony like any mario game. As a turn-based RPG, everything in combat was slowed down. With all the time in the world to think and plan, my kid would often ask me what our strategy would be for the encounter. She also learned that you often fail the first time you do something. Here, the goal of that first encounter was to experiment and figure out the enemies weakness. We would then change our items and strategy before the rematch to best position ourselves for success.

I really feel this style of thinking about problems, with patience and planning, is an important skill for her.

A puzzle game that is more about looking around than it is about solving hard puzzles.

The game constantly forces you to change your perspective, move things around, and think about the position of things in the world.

I’ve sometimes wondered if my daughter has object permanence as she regularly is “unable” to find a toy or other object in our house unless it is sitting right out in the open. No more than two seconds of “looking” is spent before giving up and make one of us find it.

This game helped us talk about that as a family and turned finding her socks into a game. 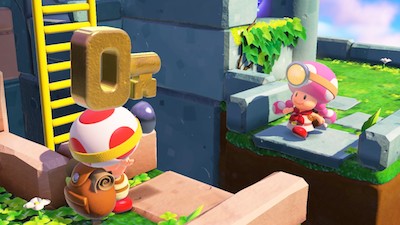 I definitely feel like she hunts harder for things around the house now before complaining (At least a little longer…maybe ten seconds now).

And of course the game has great characters, cut scenes, music, and fun little puzzles that are very short but satisfying to complete.

For us? I have been researching games that are “secretly educational” and have been deciding when to introduce them to her.

We might play “Overcooked” next, a game that should teach some more teamwork.

I’m very excited for “Baba Is You”, but I want to wait for her reading skills to improve a little.

“Baba is you” is a great word play game where word order changes the world and gameplay.

In a few years I’ll put “Assassin’s Creed Odyssey” in front of her.

Really?!? YES! With this game they introduced a Discovery Mode with no violence where you can experience historical people and places through exploration.

Below is a link dump of resources I’ve researched as I continue on this learning journey for myself.