In early 2016 I was starting to take PC gaming seriously and decided to get a “gaming keyboard”, so I ended up buying a Razer BlackWidow.

It was my first mechanical keyboard so I fell in love with the keys. (and enjoyed the back-lit lighting effects)

But over the years a couple of things started to bug me. Being a full sized keyboard, it frequently forced me to reach further for my mouse while gaming. Having a numpad is nice, but I rarely used it. That was something I could live with, but the keys…ugh…that really got on my nerves.

The font itself was pretty bad, but look at the number 8 for example. Notice that the asterisk is below the number. On most keyboards it’s to the right or above. Annoying for some keys, but now check out the special characters on the right. Without thinking, can you quickly determine which character you need to hit shift for?

Muscle memory helped in most cases, but I often mistyped the less common keys.

The keyboard also had an extra USB port and headphone jack, which was a nice idea…but they were both on the SIDE of the keyboard near the mouse, so my hand would frequently run into them unless I went even further out while mousing. That became uncomfortable for certain games. 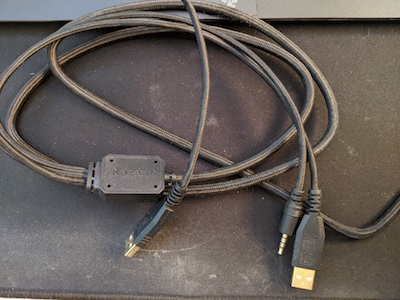 So in the end I didn’t use those ports, but still had to deal with a thick and bulky medusa of a cable.

I had thought about replacing it for years but it was ultimately the work from home during 2020 that did this keyboard in. Certain keys started misfiring so it was time for a change.

About 2 years ago I was in need of a keyboard for work, so I did a lot of research on mechanical keyboards and ended up with a WASD Code keyboard. Cherry MX browns to avoid bothering coworkers and tenkeyless to give my mouse more space to move. 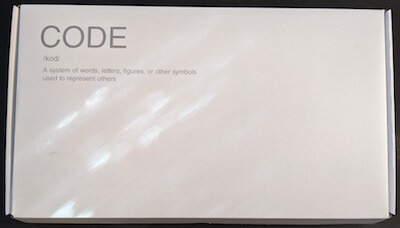 It left a positive enough impression that I quickly purchased it to replace my home setup. 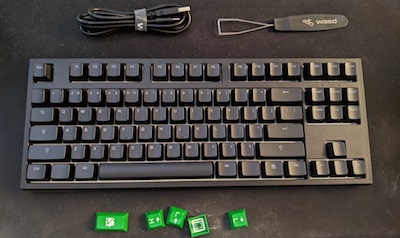 Obviously I needed to bring my Vim keycaps along with me.

It doesn’t look fancy, but for coding and gaming it’s a big improvement…over…a…gaming keyboard(?) 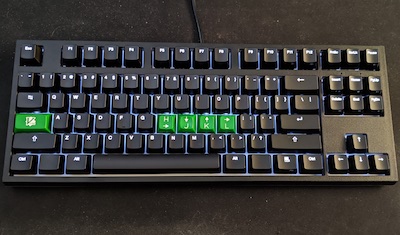