I disassembled a Tesla

The most expensive thing I’ve ever taken apart…

…in addition to being the most expensive car I’ve ever owned by far. (I hail from Camry people)

When we bought the car a year ago to replace our aging Honda Civic, I asked our daughter to name the car. She chose…“Civic”.

Despite also owning a large CRV, it has since become our vehicle of choice for every trip we do, including vacation road trips and weekend biking/hiking outings.

As such, it was about time we put a hitch on this car to expand our cargo capacity.

Up on the Blocks

So, you cannot actually summon a Tesla up onto blocks. It’ll get about 1/3rd the way up before stopping. So I had to do that the old fashioned way.

Of course I waiting until after I got the car up on the blocks to ask the question:

They can, it was fine. (might have been an issue if all the weight was on one block alone)

Taking the tail lights and bumper off was actually pretty easy. 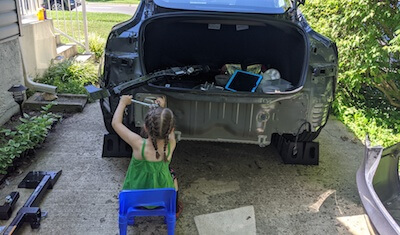 There were only two trouble spots. There are these two little screws in the wheel wells that had to go into these metal clips. That was a bit annoying.

The other part was putting the bumper back on. It hooks and snaps back on in a bunch of places. So getting it all lined up was a pain.

Other than that, it was easy enough that we were able to have some fun.

Some pictures of the hitch itself for my own future reference. 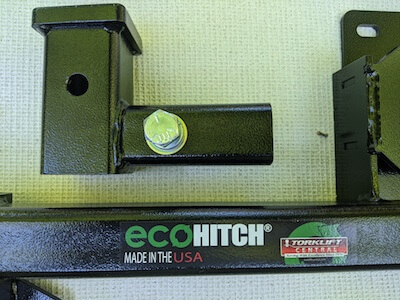 Putting the hitch on was easy. The instructions said to tighten with 50lbs of force. I used a scale to get a feel for how much force I can exert with just my hands. Turns out 50lbs of force isn’t really that much. 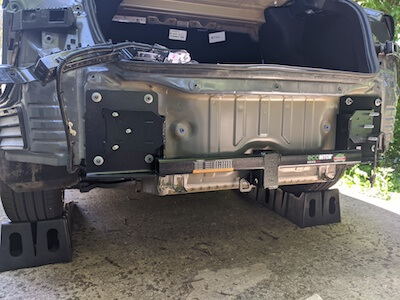 Everything went back together very quickly. Was able to get it all done before noon on a very hot Saturday in July. 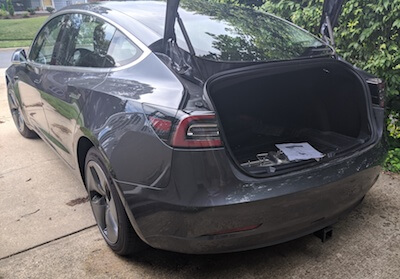 Some people online say the receiver looks ugly when left on the car by itself. I personally think it looks fine. 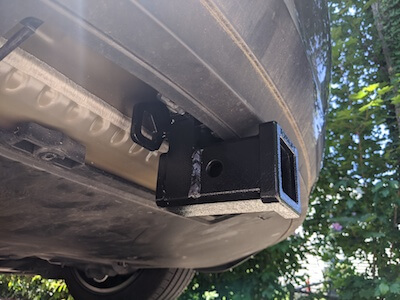 There will definitely be an impact. The full hitch itself is 43lbs, ~36.5lbs if you detach the receiver. Leaving the receiver on only adds a couple of pounds, but maaaay also add a small amount of drag.

Honestly, I’m not worried enough about this to research further. What is really going to affect range is what you attach to the hitch itself. Adding a bike rack might reduce range by ~30%. Towing something will obviously hurt range even more.

I may post something in the future about this if I notice something unique myself.

Here are a couple of Youtube videos that helped me build the confidence to do this myself.