Learning lots of engineering lessons along the way

I started this project a little over a year ago as a way to hone by building skills as a stepping stone to some of my more ambitious IoT/robotics project ideas.

After a couple of months of steady progress, things stalled out as I reaching the sanding stage of the project.

Sanding turned out to be a more exhausting problem than I anticipated.

It’s loud, takes a long time, numbs your hands,…irritating and it gets everywhere.

But I slowly powered through and was able to sand away all of the minor flaws and tool marks.

The side rails also got built since my previous update. 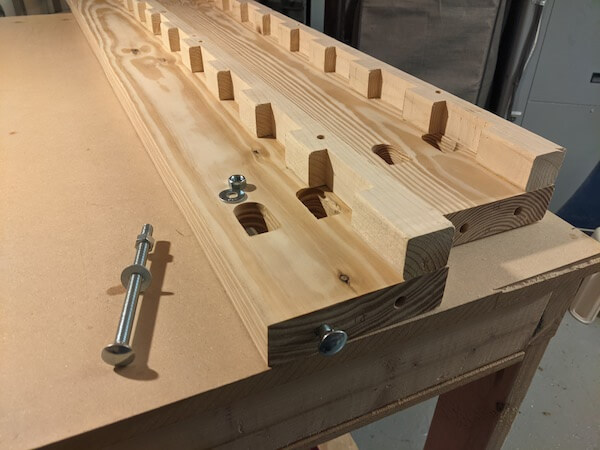 They were hard to make, but also a lot of fun as an engineering challenge.

I had to make a template on a drill press to keep my hand straight as I drilled the deep holes for the long carriage bolts. Given the length of the long bolts I needed to make sure they would go in straight.

I then used a spade drill bit to start two holes next two each other. I used a chisel to unite those two holes and make one end flat (see above). I then used a straight router bit to dial in the depth I needed. Deep enough for a washer to fit over the bolt, but not too deep as to go all the way through. (An extra 1⁄4” would have been disaster) I repeated this process 8 times for the 8 bolts needed to attach the two side rails to the end frames.

I also used the router to notch out resting spots for the slats on the side rails. 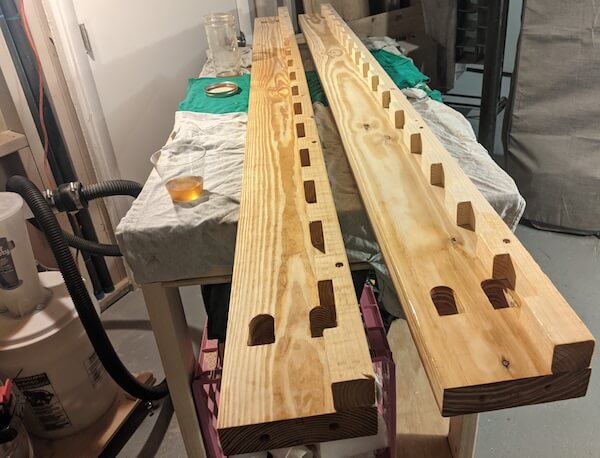 Applying Boiled Linseed Oil was a messy, but enjoyable process.

The grease monkey returned to help me tighten the bolts when the bed was ready for assembly. 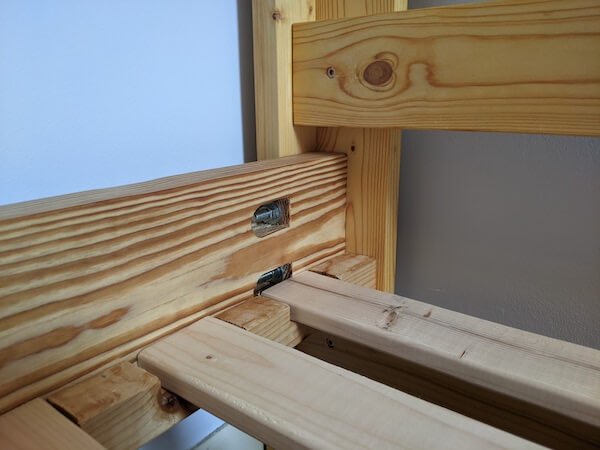 I was a little worried about stability and movement, especially if a grown adult was playing around on it. But as things came together my fears subsided as this thing feels VERY solid!

I was very happy with how everything turned out. 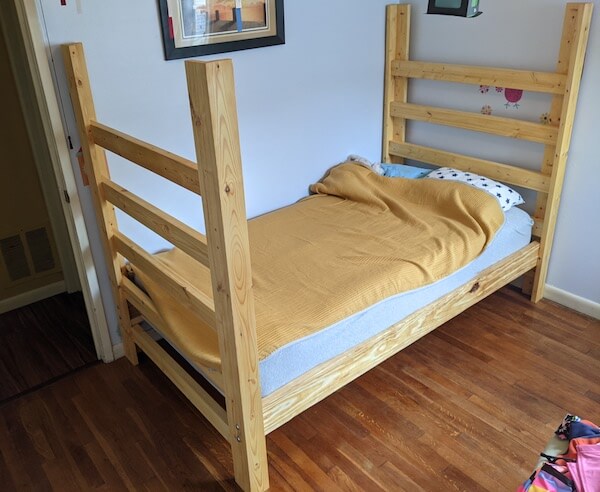 Things look even better with the bed made.

As you may be able to infer from the picture about, the original design was for the bed to be more of a bunk bed with space underneath for playing, reading, etc.

In an effort to finish the project sooner (and alleviate fears around the stability of my first real project), I opted to focus on the version you see pictured here.

After taking a break from the project, I’ll work on building safely rails and a third stability side rail so that the bed can be switched between it’s current setup and the bunk bed variant.

Not sure when that will all happen though…😄

This is an update for END_OF_DOCUMENT_TOKEN_TO_BE_REPLACED